Five weeks after the highs of a PB at the London Marathon and I am still feeling massively enthused about my running. Never underestimate the lasting feel-good factor that comes with a personal best! That said, what comes up must go down and it is not unusual to feel a bit ‘meh’ following a marathon. But the feeling passes. Don’t miss the chance to be self-indulgent – pore over those photos, wear the medal in the bath or out and about (although you probably won’t still be able to grab a free burger at Gourmet Burger Kitchen!).

Resting but going slightly off the rails

The biggest challenge for me however, comes in the form of the post-marathon rest. Compared to how hard you will probably have trained for at least 12 weeks to get yourself ready, the rest should be a cinch. Yet, I find myself feeling guilty and immediately worried about how much fitness I will lose. Why pass on the chance to push on and build on your fitness? Well the truth is that you absolutely need the rest. You will have broken your body down, not just in training but by pushing yourself for 26.2 miles. To come back too quickly will heighten your chances of getting injured and as much as you think you’ll lose lots of fitness, this is not the case. A good two-week break gives you the time to recharge your body and mind. You won’t believe how fresh and light your legs feel when you pound the ground again after a fortnight’s break!

Hopefully some of you are able to relax back without the guilt. Perhaps those who ran a marathon to tick it off the bucket list find it easier as their job is done. For those who have their eyes on further running goals, enjoy the break because not only have you earned it – it’s good for you!

All this said, this doesn’t mean drink your body weight in alcohol. I was already a bit low on confidence having not run for 14 days. A football tour in Prague and a few boozy bank holiday weekends did little to help this. But what I’ve realised (and I’m not endorsing alcoholism here!) is that yes although it would be ideal to drink very little if at all during this period, we’re all human. What you might lose in mildly poisoning your body (and the dodgy food we eat when we’ve had a few), you gain in not resisting urges (OK, I’m clutching a bit), mental wellbeing and letting go after months of restraint. And at the standard I’m at currently, the trade-off tips in the favour of booze! Things may be different in a few years’ time though….

I want to talk a bit about work/running because one of my ‘followers’ asked about striking the balance. There’s no doubt that it’s easier to run over the weekend when you’ve got hours to play with. However, running during the week is still very much doable. The optimum scenario is if your run can become your mode of transport to work! This isn’t possible for everyone but combining running with however you get to work is another option. I had it easy about a month ago as I could run 40mins into work nice and easy (and downhill!). Getting the London Underground back up the hill home was always so tempting! I’ve now moved to Winchester which is 1hr20 door-to-door to where I work in London. I’ve not tried it yet but for longer midweek runs, I plan to take the train to outer London and run the rest of the way. On the way home, it could be more effective if I run first and then get on a train sweaty which should buy me some space in the carriage. 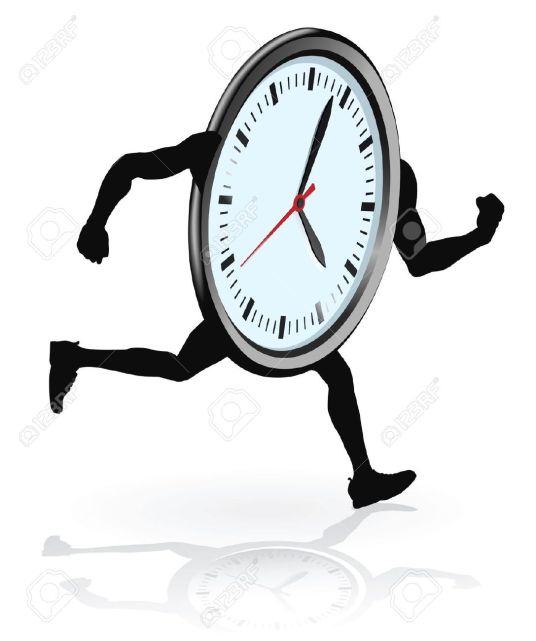 If you can’t in anyway merge the commute with your run, then that leaves you with the option of running earlier in the morning or in the evening. It might pay to get into work extra early or go home later to give yourself a solid chunk of time before or after work to run for any more than an hour. So far, I’m finding that runs of up to one hour in length can easily be fitted into the morning or evening along with an eight-hour day and over two and a half hours commute. Another option is to run during your lunch break – a lot of these options depends on having a shower at work or at least a nearby gym though it also depends on how much you like your colleagues!

Absolutely key to coming back out of a rest period is to take it easy and build your distance and speed slowly. This is because your risk of getting injured is much higher when you are increasing your training load from a low base (e.g. rest). My first week back consisted of mostly ‘easy’ paced runs (c.5min/km) with a few ‘moderate’ runs (c.4min15-30/km) and strides. This last week my coach Gavin Smith set me a more structured week with a fartlek last Sunday and a track session on Wednesday with easy runs on the remaining days. The thinking behind the harder sessions was to blow away the cobwebs and I found that my fitness is pretty much where I left it in late April. Another ringing endorsement of a lengthy break! In a future blog, I will give more information on the ins and outs of different types of workout.

So, after a two-week rest period and a further three weeks easing myself back into full training, I found myself lined up on the start line of the Vitality 10k. I always find the first race back after a break a bit hard to gauge both how well you think you’ll do (i.e. what pace you should aim for) and what you should be pleased with. I aimed to run at PB pace (33’50”) and hope for the best! I figured, if I can run close to my best recorded at the start of the season then I’ve got to be pretty pleased.

Starting off a bit further back from the front than I liked because I’d indulged in a fairly lengthy warm-up in front of the Churchill War Rooms, we were off at 10am after a minute’s silence in memory of the tragedy in Manchester last week. After a slow first 1km because of heavy traffic, I was able to stretch my legs and get into my stride – around 3’25”/km pace. Early doors it’s best to relax as much as you can; stay mentally focused but physically relaxed. Any early discomfort can be mitigated by focusing on things you need to do like keeping your shoulders relaxed, not clenching your fists, leaning slightly forward and keeping your footwork as light as possible.

I went through the 5km mark at around 17’30 so knew I was on for 34’. Throughout any race but particularly in the second half, rather than focusing on your watch or time, the best approach is to race(!). If you’re feeling good, overtake the person ahead of you without erratically picking up your pace. And if you’re struggling, try and maintain the distance with the person ahead of you or even better, if someone is alongside you, try and at least stay with them.

I made the mistake of fixating on my watch for the second half of the race which was telling me I was running at 3’20”/km pace. So, as I was nearing the finishing line, I was expecting a time of around 33’20 (yes please!!). However, I crossed the line in 34’30 which was slower than expected but for a first race of the season and only 40 seconds off my best, I can’t complain! 17 weeks until Berlin Marathon and I find myself in all but the same form I was in as I crossed the finishing line in London.

Next week (in a shorter blog I promise!), I’ll share some more info and tips on training and putting together a good racing calendar.